Nicoll Farm is one of the earliest locations recorded in the Borehamwood area. 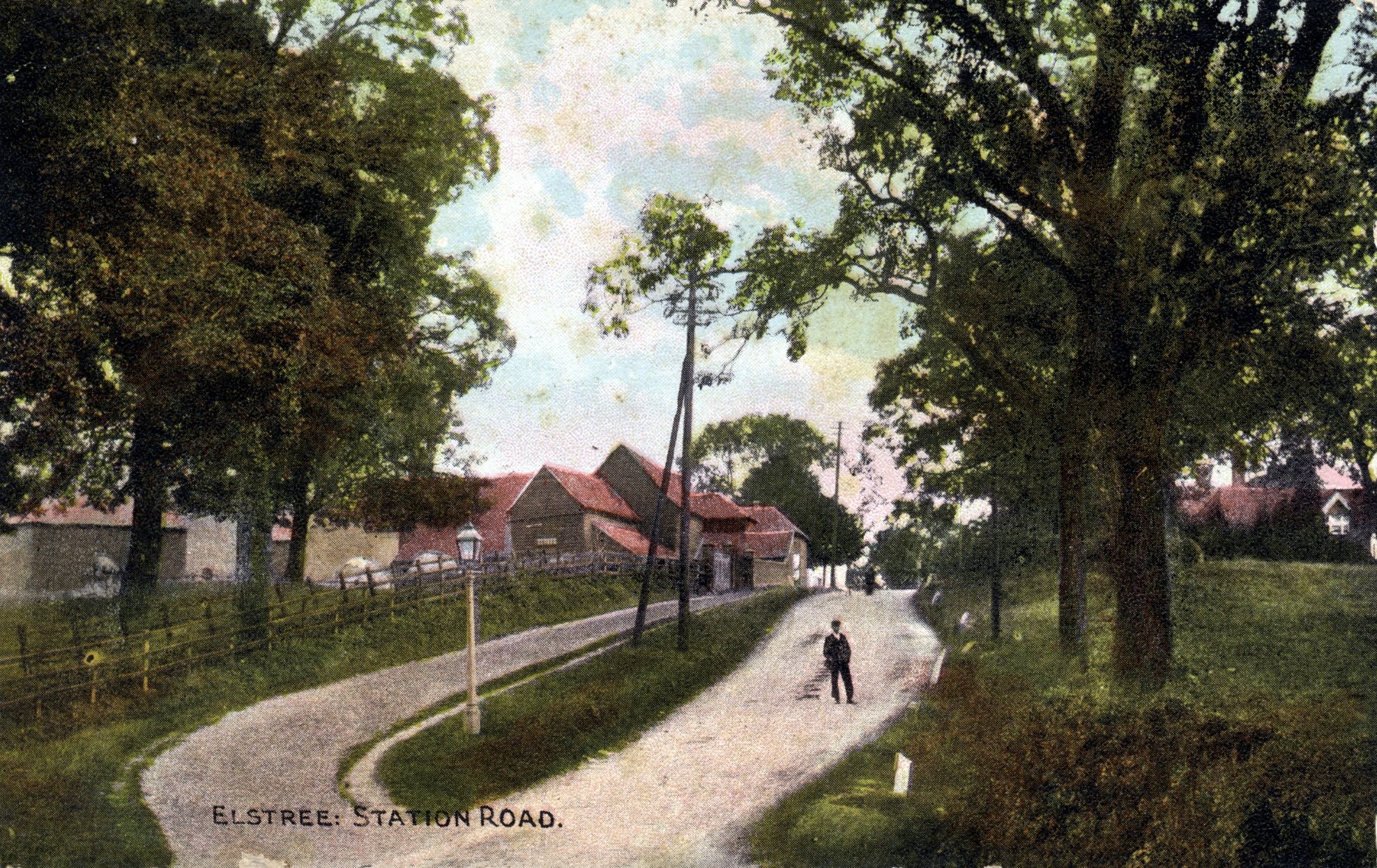 Nicoll Farm shown at the brow of the hill in Allum Lane (a.k.a. Station Road)
Credit: User unknown/public domain
Nicoll (Nicholl) Farm was built on land owned by Lord Aldenham. The farmhouse was built c.1500 with a crosswing added a century later. There was an early and mid eighteenth century extension, and 19th and 20th century additions.

The farm was interesting geologically as it occupied land suitable for growing crops whereas the surrounding area was mostly clay. Later in its life, it had an equestrian speciality.

By 1908, the farm was tenanted out toÂ Joseph Still. Later the tenancy went to Douglas Dalton whoÂ was known for both his pigsty and his sausages.

Despite being green belt, a housing development was built on the site in the 2010s. 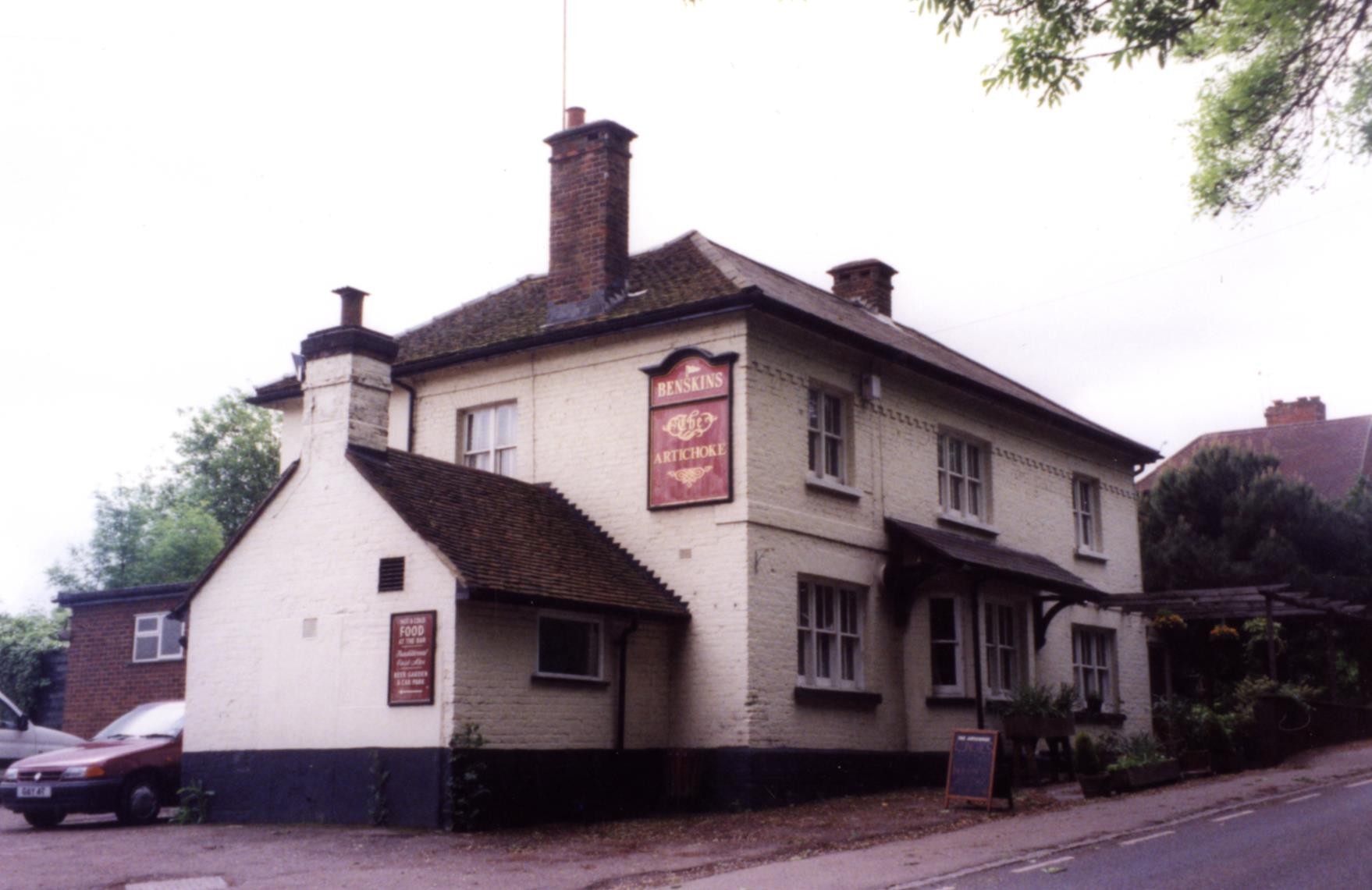 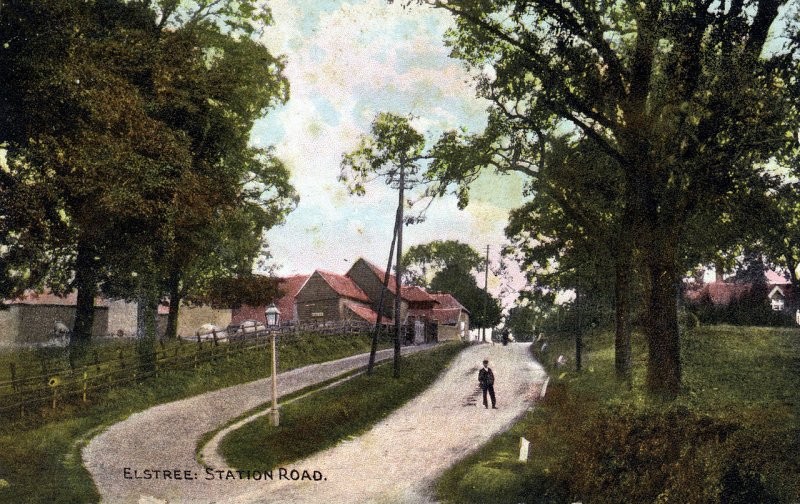 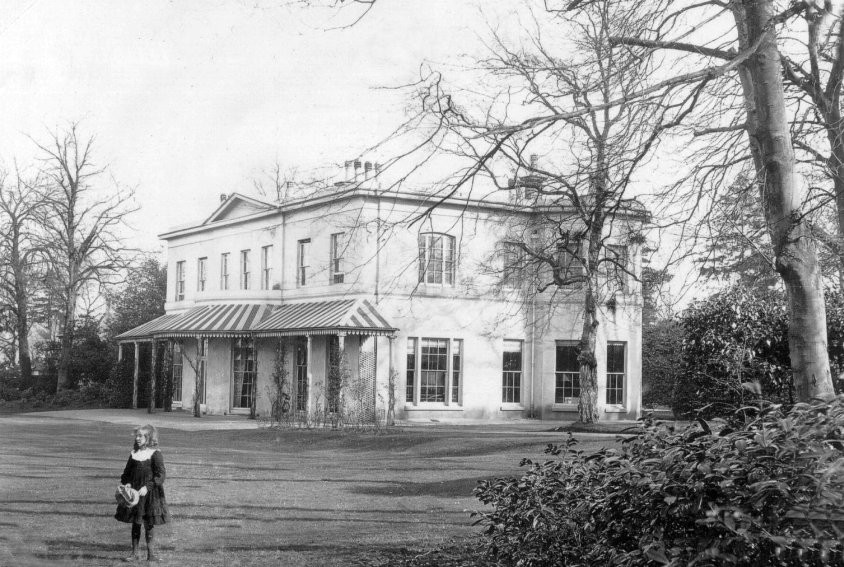