The Brent Reservoir (popularly called the Welsh Harp) is a reservoir between Hendon and Wembley Park. 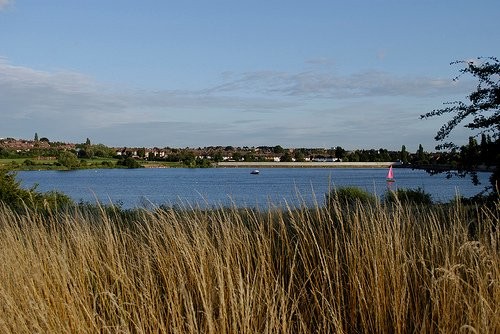 Welsh Harp
Credit: Unknown
It lies on the boundary between the boroughs of Brent and Barnet. The reservoir takes its informal name from a public house called The Welsh Harp, which stood nearby until the early 1970s.

The reservoir was constructed by contractor William Hoof between 1834 and 1835. The water flooded much of Cockmanâs Farm, to supply the Regentâs Canal at Paddington. Its owner gave it the name of its then-parish it was named Kingsbury Reservoir.

Additional building was completed in December 1837 to extend the reservoir. In 1841 after seven days of continuous rain the dam head collapsed, killing two people. It was after this that a supervisor was employed for the first time, with a cottage near the dam, which remains.