Cornelius Van Dun, a Dutchman and Yeoman of the Guard to Henry VIII, built a row of almshouses in 1575 for the well being of eight deprived women of the district. Not content with this singular generous deed, he provided the cash for the building of twelve more at St Erminâs Hill - now around the back of St Jamesâs Park Station.

At the time the almshouses were built, Petty France had already been in existence for about 100 years as a continuation of Tothill Street, the main west road from the Abbey. For those living in the alleys to the south of here, Vandon Passage was a vital link with civilisation, long before the roadway of Buckingham Gate was constructed and when the line of Victoria Street was still a dusty track. Vandon Street, still almost as narrow as it was 400 years ago, is a survivor of one of these alleys and marks the southern limit of the plot purchased by Van Dun.

During the day the Passage reclines in an almost hushed withdrawal from existence, but rises during the lunchtime and early evening hours as an indispensable cut-through for those eager to take refreshment in the Buckingham Arms in Petty France. 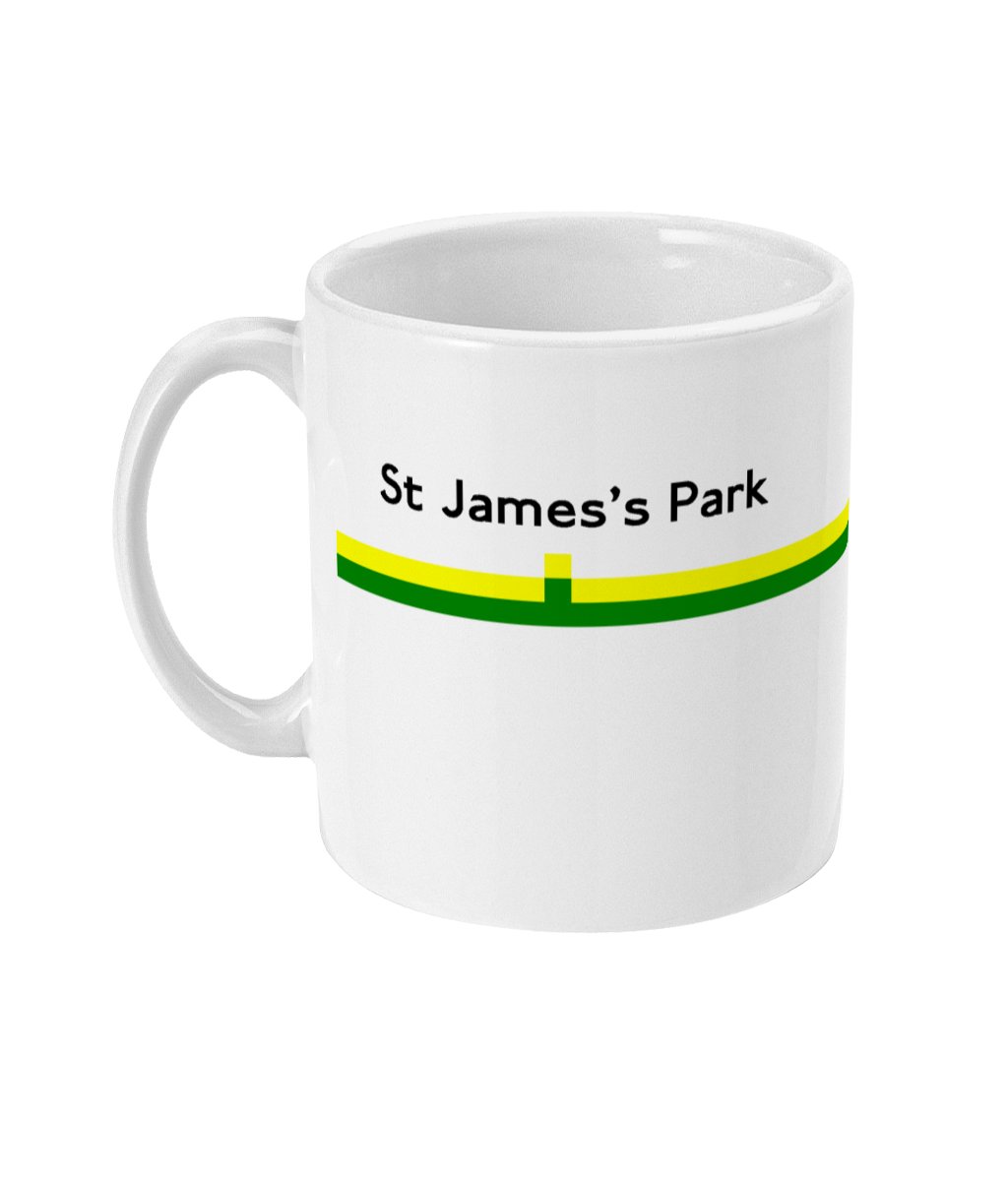 St James's Park station is not only a station but London Underground HQ - otherwise known as 55 Broadway.

The station has been reconstructed twice. In the first decade of the 20th century the original MDR station was reconstructed in conjunction with the building of Electric Railway House a headquarters building for the MDR's owners the London Electric Railway. The station was then rebuilt again between 1927 and 1929 as part of the construction of 55 Broadway the company's new headquarters building designed by Charles Holden and featuring statues and carved stone panels including ones by Sir Jacob Epstein, Eric Gill, and Henry Moore.

The platforms feature the green, blue, black and white tiling scheme first used for the reconstruction and extension to Morden of the City & South London Railway (now the Northern Line) also designed by Holden and opened between 1924 and 1926.

Together with 55 Broadway, the station is now a Grade I listed building.

Over time, the station name has been spelled differently, illustrating changing practice in punctuation. Tube maps up to the early 1930s show the name as St. James' Park. From Harry Beck's first map in 1933 until the early 1950s the name was shown as St. James Park. Since the 1950s it has had the current name.