Tenter Ground harks back to the seventeenth century when this patch of land was surrounded by weaversâ houses and workshops and used to wash and stretch their fabrics on âtentersâ to dry. 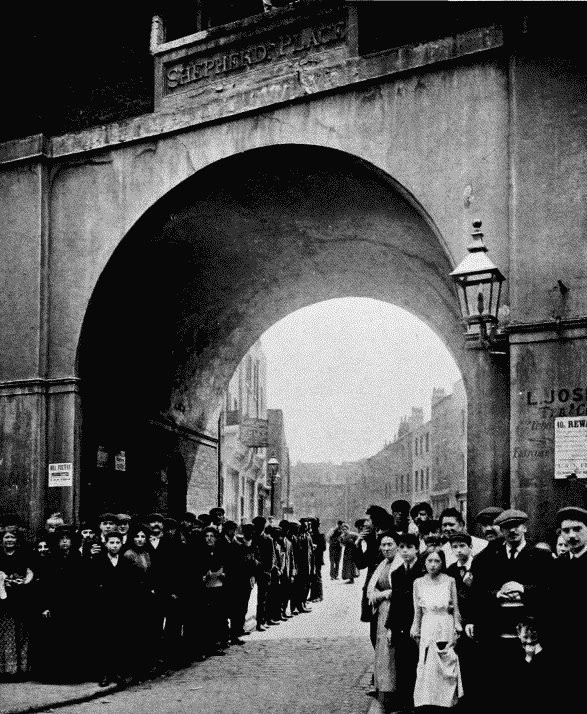 Shepherdâs Place archway (c. 1810), and Tenter Street (c. 1820) in 1909
Credit: User unknown/public domain
The ground was established by the French Protestant Huguenot weavers, who had fled to Spitalfields from Catholic persecutors in France during the seventeenth century.

This area was bounded in the seventeenth century by Lolesworth field and the Wheler estate on the north, Wentworth Street and the hamlet boundary on the south, Rose Lane on the east and Bell Lane on the west. The bounding streets on the south, east and west were built up by the 1640s and the northern boundary was formed into the south side of Whiteâs Row in about 1650. The central plot of ground remained open, however, until the second decade of the nineteenth century and was the last part of Spitalfields to be formed into streets.

In 1550 the area had, like the later Fossan and Halifax estates to the east and west, formed part of two closes in the Manor of Stepney lying between Hog Lane (Middlesex Street) and Brick Lane. By about 1642 it was, like the Fossan estate, held on lease by William Smyth. The Rose Lane and Wentworth Street frontages were then completely built up. The Bell Lane frontage, on which the buildings were said to be wholly of brick, lay partly open to the nineteen tenters in the possession of a Mr Seed which lay between Bell Lane and Rose Lane. In Bell Lane also were âthe Shedds or Little houses for the Teinder men to laie their Toulesin and sometimes their Clothesâ.

In July 1650 Smyth, who had with others acquired possession of the manor in March 1642/3, made, together with John Smyth of the Middle Temple, esquire, a conveyance of the northern part of this area to Joseph Gull, senior, of Little Bardfleld, Essex, yeoman, and William Hickman of St. Albanâs, Hertfordshire, ironmonger, for the use of Nathaniel Tilly of London, gentleman. It included the then unbuilt northern boundary, houses in Rose Lane and Bell Lane and half the soil of those streets, on east and west, and between them âthat parcell of ground whereon taynters or Cloth Rackes standâ. Other ground of Nathaniel Tilly lay to its south-west or south, where it also reached the backs of houses and yards in Wentworth Street. The south side of Whiteâs Row was evidently built-up without delay by Nathaniel Tilly, but the rest of the area was left open.

By 1707 Tillyâs property was owned by Nathaniel Shepherd, who, like one of Nathaniel Tillyâs trustees, was of St. Albanâs. It was under a lease from him that No. 5 Whiteâs Row was built, probably in the 1730s. Shepherd at that time reserved the right to prevent access from Whiteâs Row to the Tenter Ground, which was still entered through a âTeynter Gateâ in Bell Lane.

In 1736 the use of ground south of the tenters was included in a lease of houses in Bell Lane to two dyers by Shepherdâs widow, who reserved to herself âthe Grass and Herbage of the said piece of groundâ. In 1768 the estate was owned by Miss Mary Freeman Shepherd.

By 1810 the tenter ground site was owned by John Butler of Johns Terrace, Hackney Road, Shoreditch, who was responsible for laying it out in streets during the next twelve years or so. In that year he granted a lease of No. 2 Whiteâs Row together with ground on its south âintended to be formed into or made a new street called Tilley Streetâ (in fact called Tenter Street), and included specifications for any building erected by the lessee in the new street as a âthird-rateâ house. Horwoodâs map of 1819 shows the estate half-completed and it is shown fully built in Greenwoodâs map surveyed in 1824â6.

The layout was designed to give the maximum street frontage, with little space at the back of houses either in the cross-streets or in the outer streets, between which and the surrounding roads a number of narrow courts were formed. A âtwine-groundâ ran between Shepherd Street and Rose Lane and was swept away when Commercial Street was formed. The only regular access was from two entrances in Whiteâs Row, the westernmost being the stuccoed archway bearing the name âShepherdâs Placeâ. Except for a narrow outlet to Annâs Place, in the south-east corner, which may be of later date, the estate formed a large cul-de-sac.

All of this estate, with the exception of the north side of Butler Street (now Brune Street) and the northern end of Tenter Street (now Tenter Ground), was demolished for the erection of the London County Council Holland estate in 1927â1936. 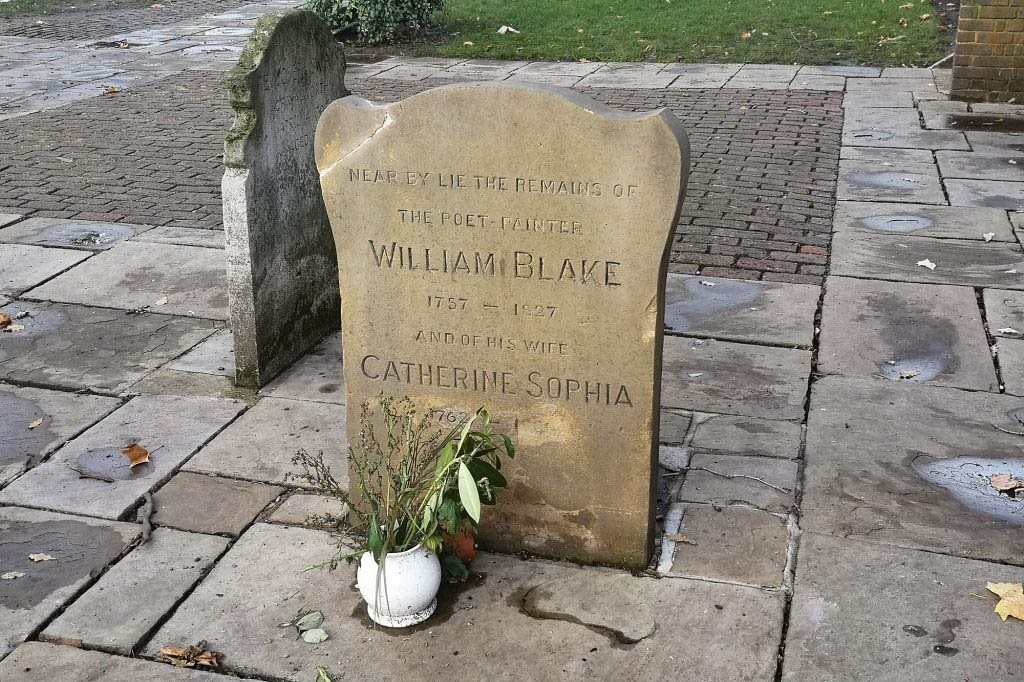 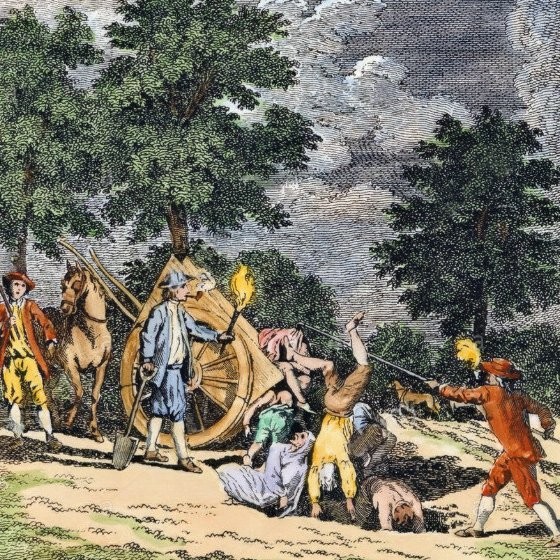 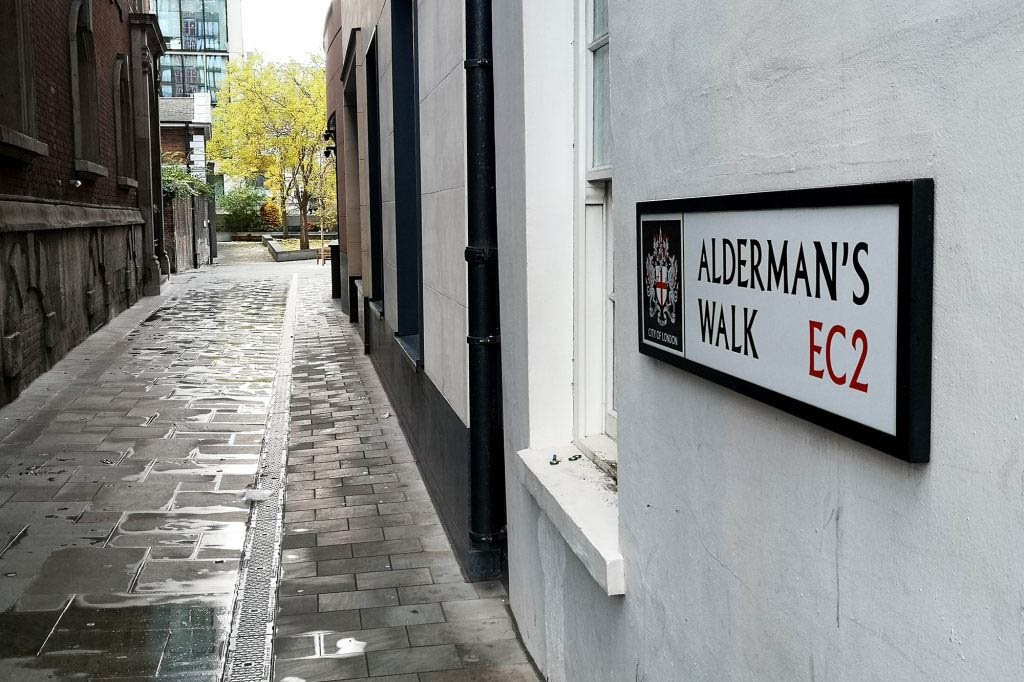 Shown on many older maps as Dashwood Walk, in the 17th century Aldermanâs Walk was a passageway leading to the large house and gardens of Sir Frances Dashwood. The poet John Keats was christened at nearby St Botolphâs church in 1795
Credit: https://careergappers.com
Licence:
To View or share the image, go to its dedicated web page 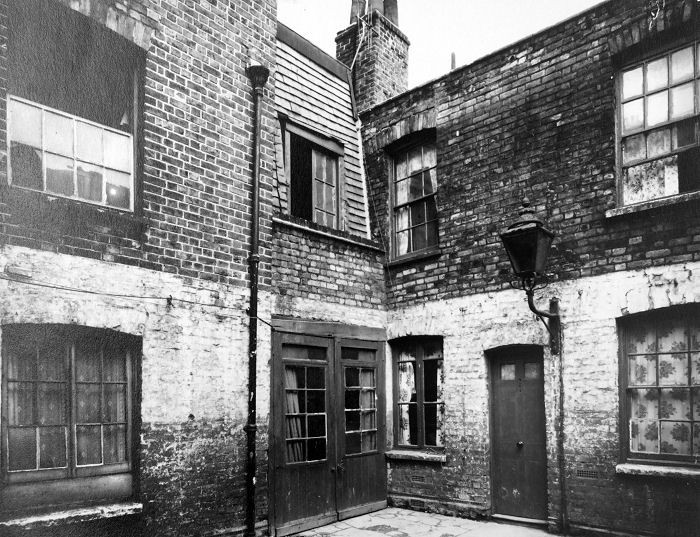 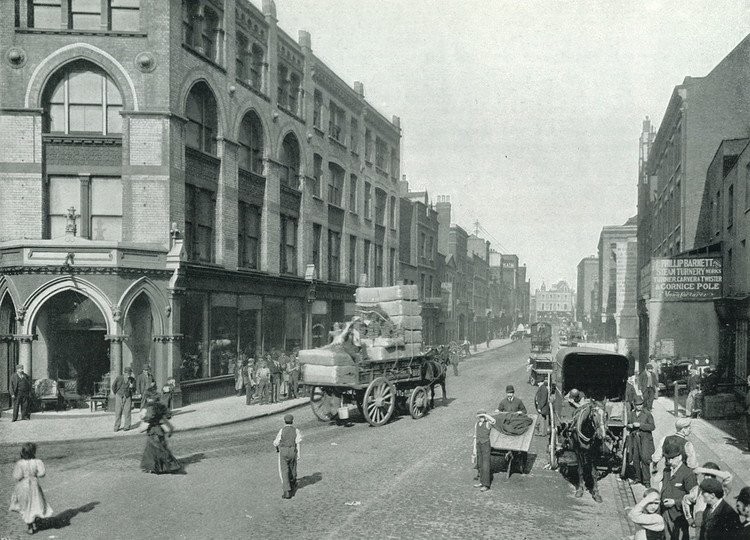 View of Curtain Road, Shoreditch from the corner of Great Eastern Street (1896)
Credit: George Newnes
Licence:
To View or share the image, go to its dedicated web page 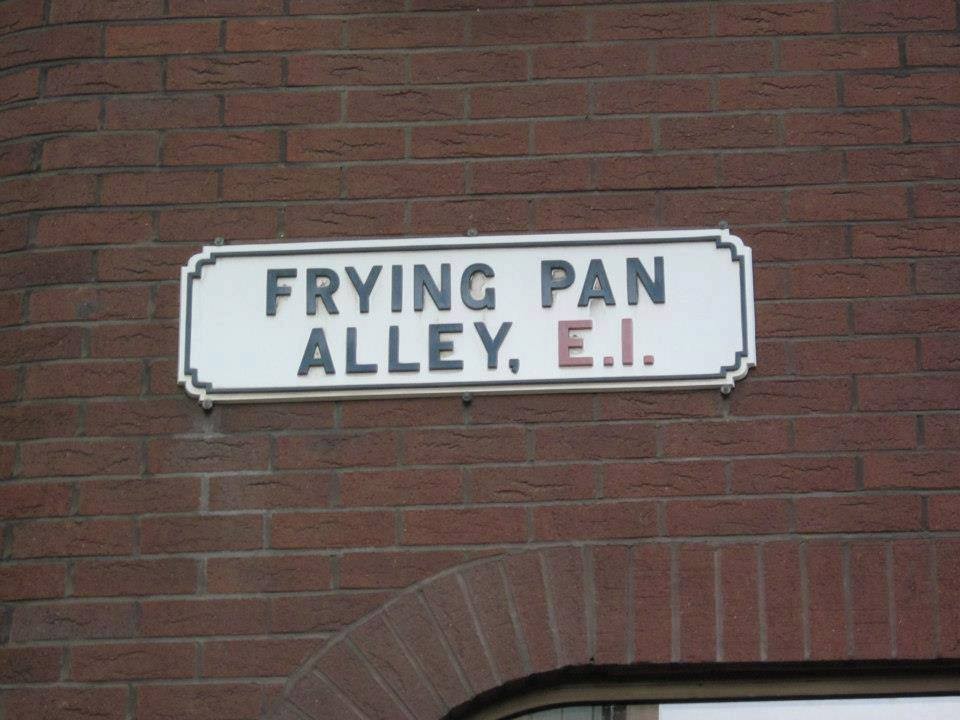 Frying Pan Alley street sign
Licence: CC BY 2.0
To View or share the image, go to its dedicated web page 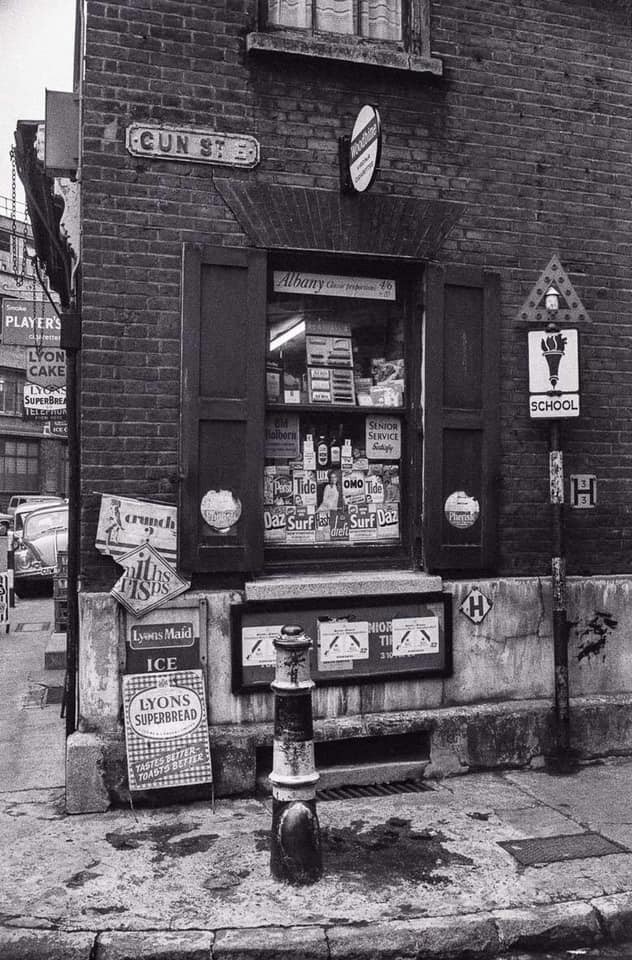 Gun Street in the East End (late 1960s). This view looks deceptively older until that VW Beetle is spotted around the corner!
Licence: CC BY 2.0
To View or share the image, go to its dedicated web page