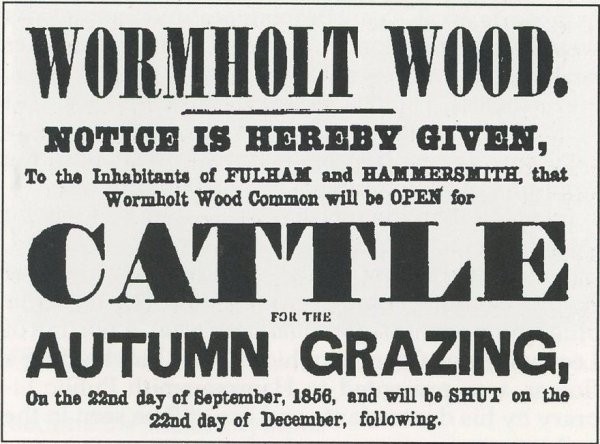 Wormholt Wood notice
The name âWormeholtâ is a term referring to snake-infested woodland in old English. The name was first used in 1189 after the woodland was cleared. The land became part of the Manor of Fulham and owned by the Bishops of London. The manor then descended to become Wormholt Barns.

For 200 years from 1548, Wormholt was leased to the Duke of Somerset. By the beginning of the seventeenth century, a family called Atley was running it but the poor quality of most of the land led to frequent changes of tenancy.

In the nineteenth century Wormholt Barns Manor was split between Eynham Farm and Wormholt Farm.

A survey of 1833 described the soil of Wormholt Farm as "strong loam, making good grazing fields near Uxbridge Road, but towards Wormholt Wood Scrubs it becomes too stiff and too wet in winter." These soil characteristics determined the eventual use of the land. The northern areas of the farm remained as arable and grazing almost to the end but the southern fields were suited to brickmaking - such land was valued at Â£4000 per acre.

In the early 1900s the Ecclesiastical Commissioners, who had come into possession of the farms, decided to sell parts of the Wormholt Farm and Old Oak Farm for development. Part of the land - built upon a field called Barn Field - became Wormholt Park, opened on 27 June 1911 by the Mayor of Hammersmith. The remainder of the land was already being built upon by 1903. 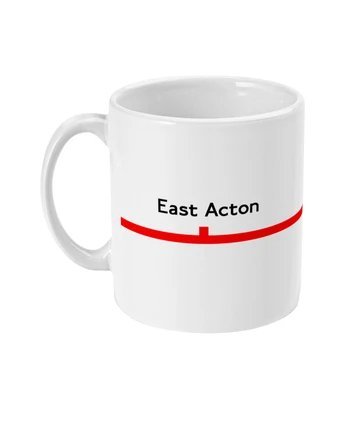