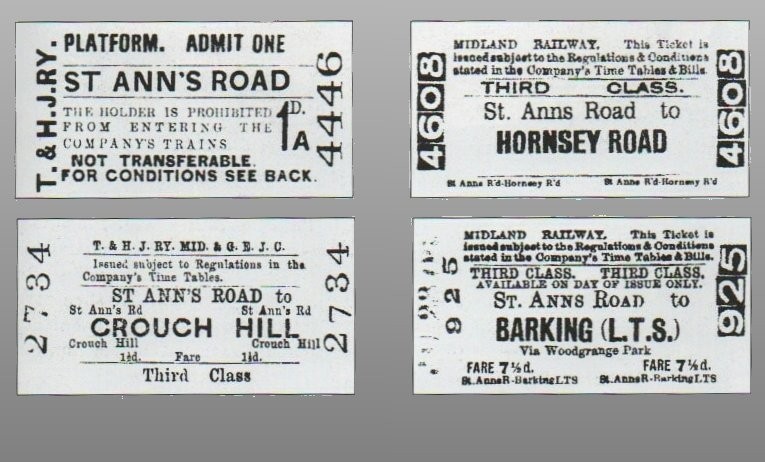 St Annâs Road railway station was opened by the Tottenham & Hampstead Junction Railway on 2 October 1882. It was at the corner of St Annâs Road and Seven Sisters Road in N15.

It comprised two wooden platforms, accessed by a footbridge and stairs, and a brick building.

The service at the station was generally between St Pancras or Kentish Town and Barking or Southend.

It was never well used, mainly as it was near South Tottenham and Seven Sisters stations, the latter gave a much faster link to The City. The station was closed on 9 August 1942 as a wartime austerity measure and never reopened.

The station building survived as a newsagents until October 2012, when the building was demolished.