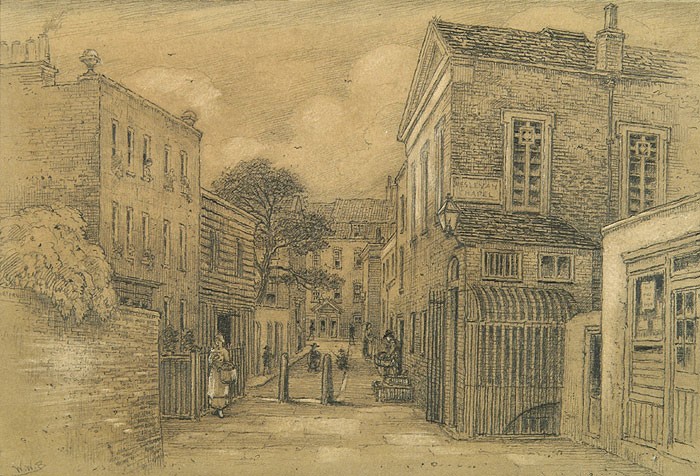 It has stayed relatively untouched, a reminder of early 19th century Chelsea. The cellar under the Wesleyan Chapel, seen on the right, was used as a soup kitchen for the poor.

The chapel was relocated to the corner of Chelsea Manor Street and King's Road circa 1900. H. Allen Smith, wine merchants, occupied the premise from 1903 to 1985.

According to local legend, a courthouse with a gaol beneath occupied this site in 18th century. Prisoners were led through a tunnel to boats moored on the river to be transported to Australia.