Cowhouse Farm was linked to Hodford Farm in Golders Green for a long period. 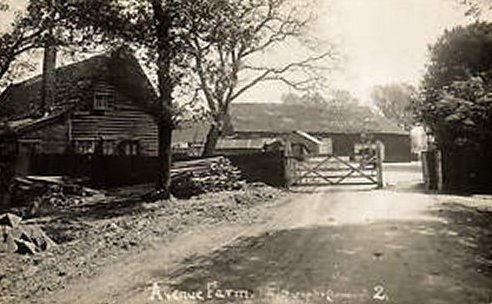 Avenue Farm
xx
Horses were raised here and by 1890 their breeding and training was widespread. There were several dairy farms and others where sheep were fed for the London market.

As Cricklewood suburbanised, the farm became surrounded by housing.

Latterly Dickers Farm and finally Avenue Farm, it was closed in 1932.

Its access track finally became Farm Avenue. The Ecclesiastical Commissioners refused to allow building of some of the land because of bad drainage and it was sold to University College school as a sports ground.