Bangor Street, W11 was situated on the site of the modern Henry Dickens Court. 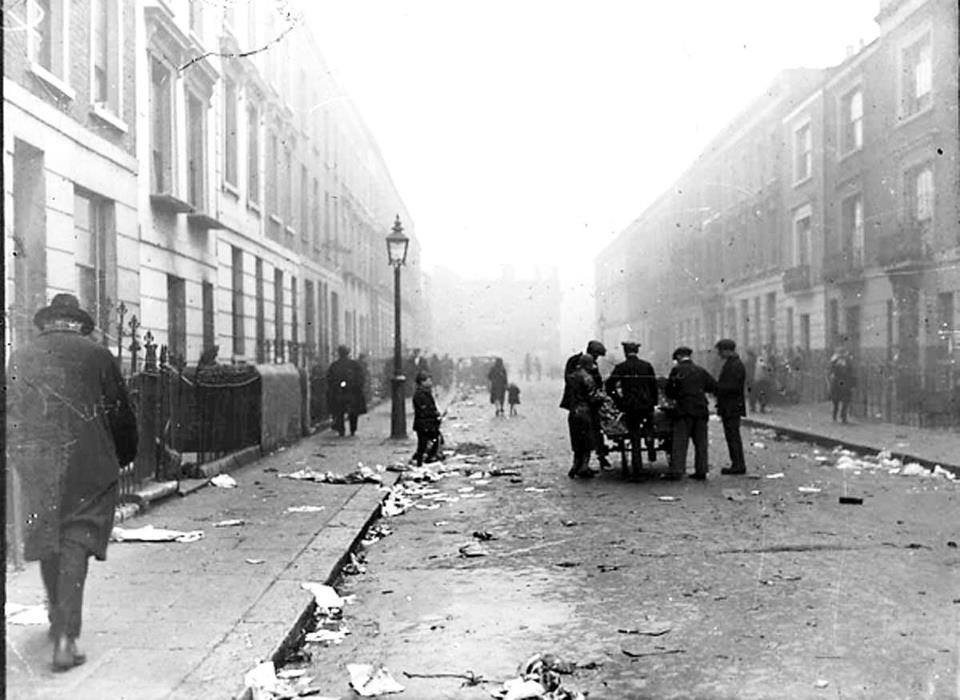 Bangor Street after a Rag Fair (1900s)
Originally called George Street, it was the most notorious road of the Notting Dale âSpecial Areaâ slum.

It was more colloquially known as âDo as you like Streetâ, a place where âno one left their door closedâ, and the venue of the Rag Fair. At the turn of the 20th century, the local district nurses were reported "valiantly holding their own in spite of the disturbance caused by nightly brawls and the noisy and unsavoury Sunday markets."

Valerie Wilson recalled in an interview by the Notting Dale Urban Studies group: âThey used to threaten us â donât go up rag fair and the first thing we did when we got outside, we forgot all about it and went straight through rag fairâ¦ that was really like a film show, they used to hang old bits of clothing on the railingsâ¦ the street would throng with peopleâ¦ there was a group of men who came out the war and they were all ex-servicemen, big tall strong men, and they couldnât get work, so they formed this group and they dressed up in tulle like a fairy in a pantomime and they made their faces up, hideous like white faces and red rouged cheeks and red false curls and they used to dance and people, children and grown-ups, they formed a circle or square and people would throw a penny in.â