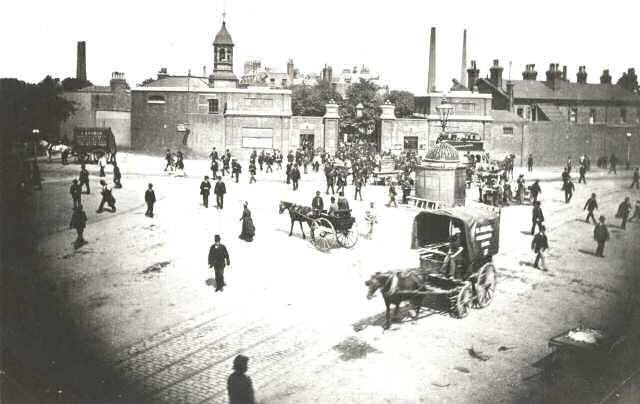 William Beresford was Master-General of the Ordnance and Governor of the Royal Military Academy.

Beresford Square was the result of a series of clearances meaning that some of the buildings are older than the square.

The west side of Beresford Square, was known as the High Pavement. Land to its east was part of the Burrage Estate, named for its 14th-century owner, Bartholomew de Burghersh.

The Salutation Inn stood almost at the northern end of the High Pavement. It had a tea garden and may have had Woolwichâs first theatre, dating from before 1721. That garden later became Salutation Alley with about 20 timber cottages. It was adjudged a slum an...