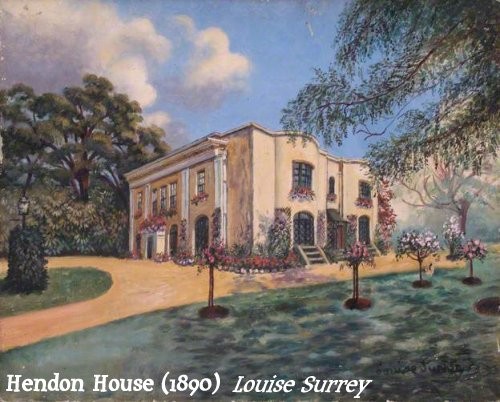 There was a private lunatic asylum for ladies run by Miss Dence at Hendon House in 1861.

Economic distress caused a procession of the unemployed to march from the parish pump in Brent Street to the local board offices in the Burroughs in 1887. A soup kitchen was opened in Hendon House and the vicar provided free meals for the poor.

Hendon House was demolished in 1909.