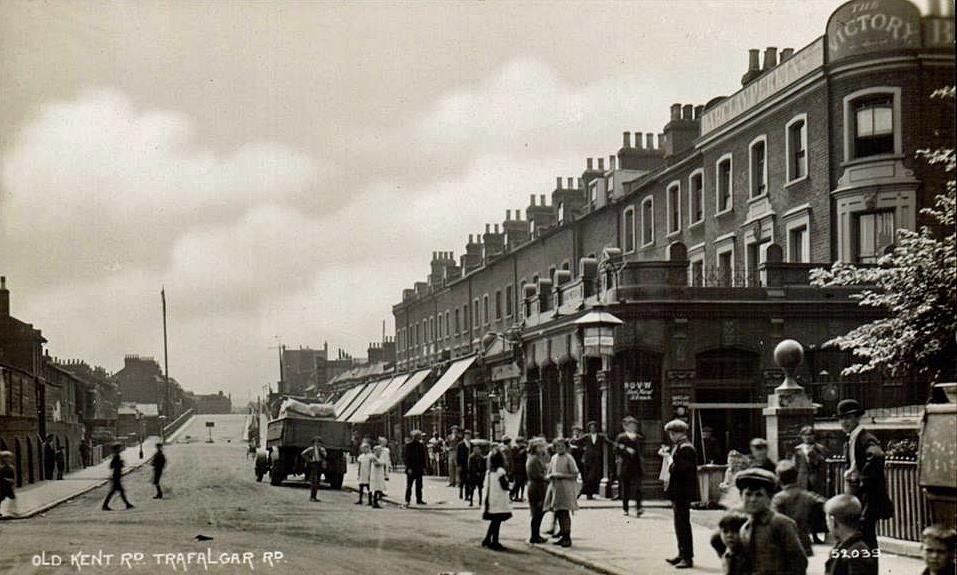 In the 1850s, north Peckham was developing as a handsome, middle-class suburb. Leading south from the Old Kent Road, Trafalgar Road (later Trafalgar Avenue) was laid out including an earlier bridge (the Trafalgar Bridge) over the Grand Surrey Canal. The canal was filled in during 1970.

On the corner of Trafalgar Avenue and Waite Street, a pub was built: "The Victory".

After the Second World War and its war damage, much of the southern part of Trafalgar Avenue was demolished to make way for parkland.