The alleyways and courtyards of London: Y

A PLAN of HYDE-PARK with the CITY and LIBERTIES of WESTMINSTER &c. Shewing the several IMPROVEMENTS propos’d by architect John Gwynn (1766).

This plan shows renovations in Hyde Park and around Westminster. Two Royal palaces have been planned, in Hyde Park and Green Park. The red lines show an intention to regularise the street plan, replacing the narrow irregular streets with a gridlike formation. 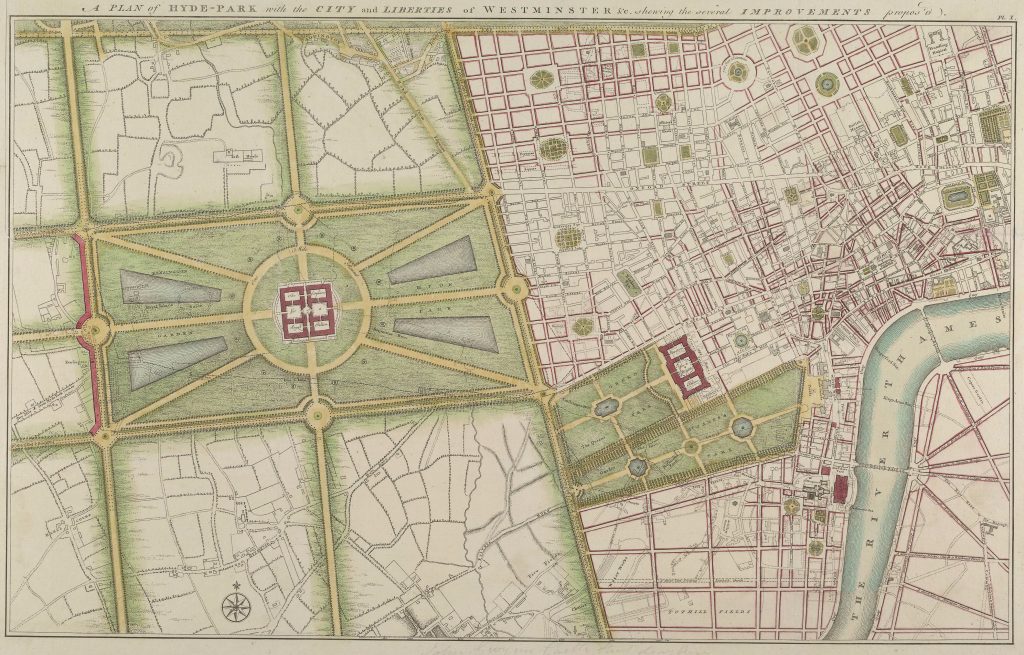