The earliest settlement of Clapham was centred around present day North Street, Turret Grove and Rectory Grove. The land surrounding Clapham Common remained undeveloped and covered with farmland until the late 17th century, at which point the village began to expand towards the Common.

Throughout the 18th and 19th centuries, large individual villas and houses lined Clapham Common Southside, set within extensive grounds – for example, The Clock House and Eagle House which can be seen on Stanford map of 1860. This land remained virtually undeveloped until 1875 when Clock House Farm was sold and the most southerly portion of Abbeville Road, close to the junction with Cavendish Road, was laid out.

Development along Abbeville Road and on its surrounding streets gathered pace during the last decades of the 19th century as more of the large mansions lining Clapham Common were demolished and their land sold off.

Locally Hambalt Road, Narbonne Avenue and Shandon Road were laid out and lined with terraced housing during the 1880s.

This area of Clapham was developed as part of the general speculative housing boom which was taking place throughout London. Demand for suburban housing was fuelled by a general population increase between 1840 and 1914, with new housing development offering the burgeoning and aspiring middle classes the opportunity to escape the built up squalor of inner London and establish themselves in new houses designed for single family occupation.

Encouraging these changes was the expansion of the public transport network, facilitating the development of housing in parts of South London which were relatively untouched.

Whilst the introduction of bus services and the annual of the railway in 1863 enhanced links between Clapham and central London, it was the widespread availability of horse-drawn trams from the early 1870s onwards that facilitated a daily commute and sparked the speculative building boom in this area.

The west side of Abbeville Road was developed during the only 1890s, with the terraces on its eastern side following in 1894 and 1895.

These commercial terraces were built speculatively as a local shopping parade to service the adjacent residential streets with development undertaken on a piecemeal basis. Individual builders developed a small number of plots at any one time accounting for their varied appearances. 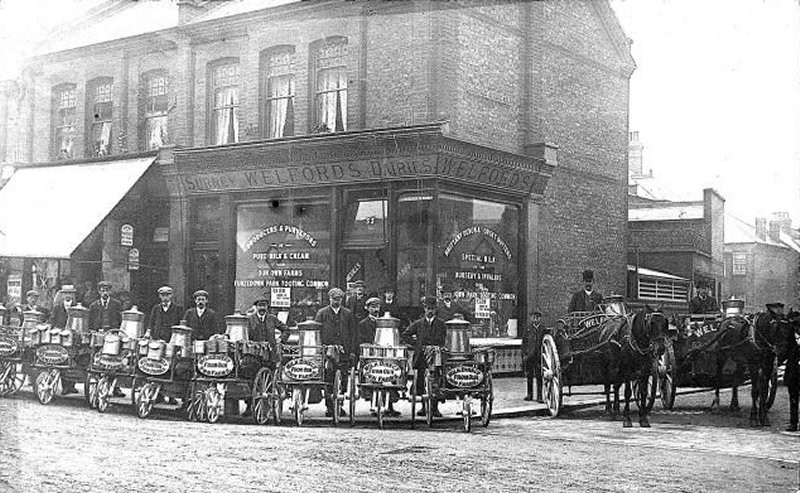