It is very likely that Amen Court housed the scribes and letter writers employed in writing the great volumes of the Cathedral.

Reputedly built by Sir Christopher Wren, Amen Court is a secluded solace hidden away behind Ave Maria Lane. This little Court contains the late 17th century houses of the residentiary cannons of St Paul’s Cathedral, some of which still retain the original torch-light extinguishers, positioned by their doors. One or two are further graced with old iron foot scrapers. Tucked away at the far end a pretty garden adds the finishing touches to this tranquil setting.

Before the Great Fire, the ground on which Amen Court is constructed was occupied by the Oxford Arms, one of the many galleried coaching inns of the City. All were built on a similar style where the galleried rooms, usually of two storeys, bordered three sides of the court and the fourth side was built up with stabling. In the Oxford Arms courtyard the stables lay on the west side, up against the Roman Wall. The old inn was burnt down in the Fire but as the cogs of commerce once again began to grind and as the construction of new St Paul’s Cathedral was taking shape, the Dean and Chapter rebuilt the inn on the same site. Adjoining the inn, on the site of part of the old courtyard, they built the cannons’ houses with a connecting door to the inn. In a later lease of the inn it was stipulated that on no account was this door to sealed up or barred.

The Oxford Arms inn is long gone; like the rest of the old coaching inns of London it rapidly lost trade when the railways claimed a foot-hold in the carriage business and the Oxford stage was forced off the road.

Amen Court is protected by a high gate and the only means of gaining access is by prior application to the Dean and Chapter of St Paul’s Cathedral. 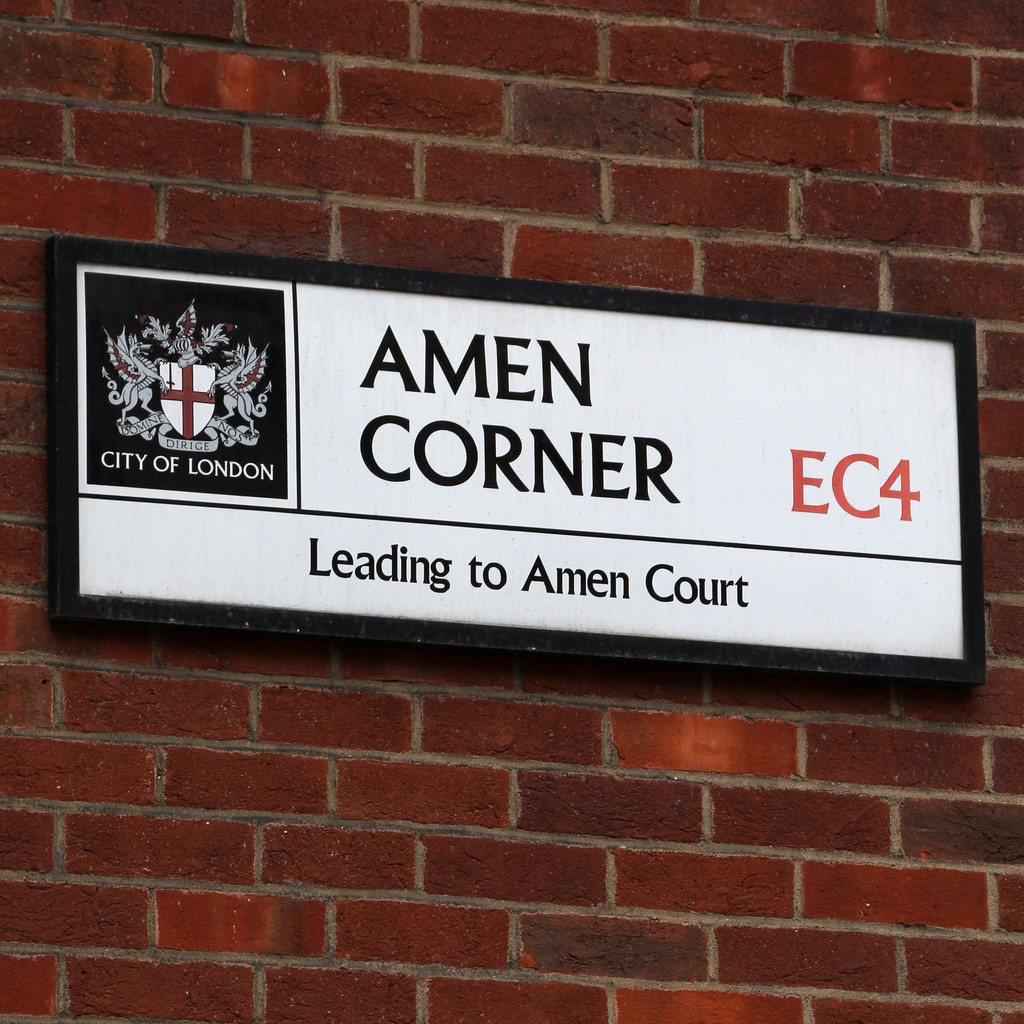