The medieval Ravensbury Manor dated back to the thirteenth century. After the opening of Morden underground station in 1926, development pressure in Morden increased. In 1929 Mitcham, Merton and Morden Councils purchased part of the former Ravensbury Manor gardens and opened the site as Ravensbury Park.

Housing was built in the rest of the land, including Arras Avenue. The St Helier estate was built between 1928 and 1936 by the London County Council as a garden city, with landscaping by the landscape architect Edward Prentice Mawson.

The Wimbledon to Sutton railway line opened a station at St Helier in 1930. Services provided rapid links into central London for the residents.

Arras Avenue is one of a number of interwar London-region roads named after victories in the First World War – there are Verduns, Mons and Marnes in other areas of the capital. 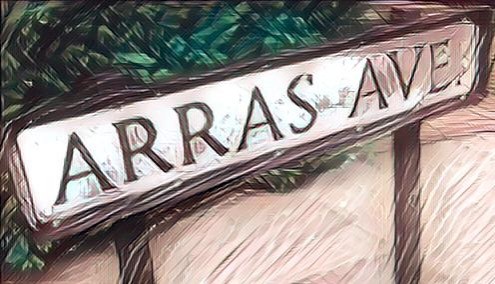