It is noted as a striking example of early 20th Century Egyptian Revival architecture and is located at the northern end of Hampstead Road facing over Harrington Square.

The building was erected in between 1926 and 1928 by the Carreras Tobacco Company owned by the inventor and philanthropist Bernhard Baron to a design by architects Marcus Collins, Owen Collins and George Porri.

Carreras started life at the Acadia Works on City Road in the 19th century. It was a small business owned by Don Jose Carreras Ferrer who sold cigarettes, cigars and snuff out of small shops. A black cat began to curl up and sleep in the window of the shop near Leicester Square in Prince’s Street and the shop became known locally as “The Black Cat Shop”.

After a cigarette-making machine was invented, the business required a large factory and moved to Hampstead Road. The black cat became the company’s logo. In 1959 the company merged with Rothmans and moved to Basildon, Essex.

The building’s distinctive Egyptian-style ornamentation originally included a solar disc to the Sun-god Ra, two gigantic effigies of black cats flanking the entrance and colourful painted details. When the factory was converted into offices in 1961, the Egyptian detailing was lost. It was restored during a renovation in 1996.

The building was later called Greater London House having become an office building. 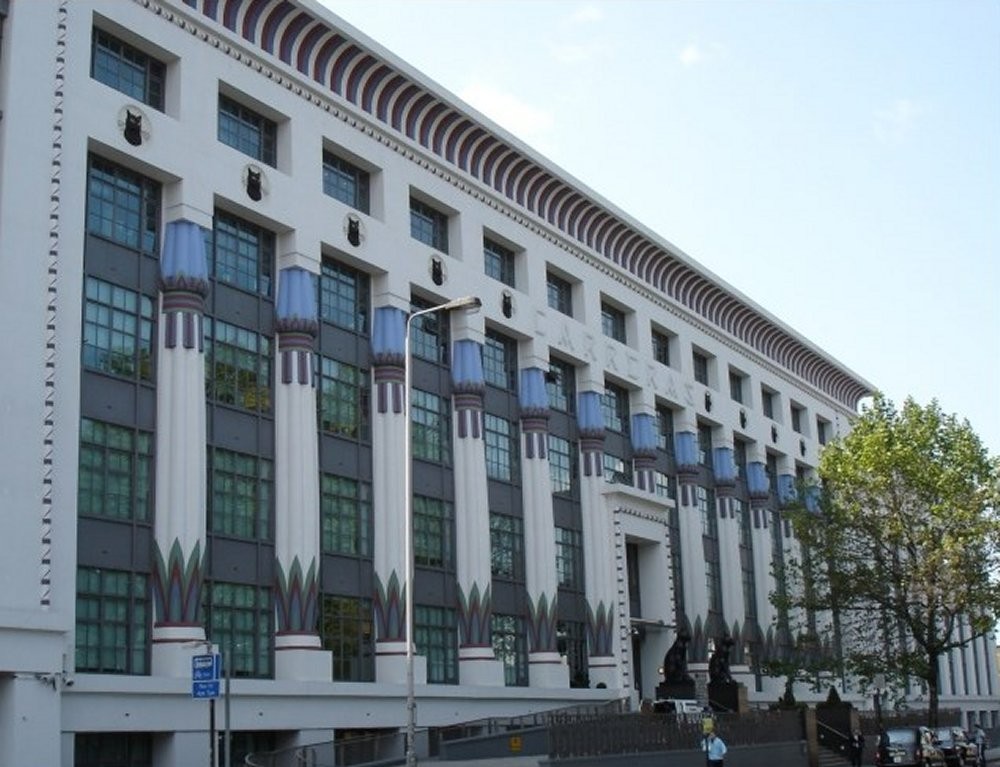