The original owner Chris Bracey, like his father, had (after a time as a graphic designer) been a neon sign maker for Soho – making illuminated pointers for the area’s strip clubs. Such was his fame that Hollywood called and he began making props for Tim Burton, Stanley Kubrick and Christopher Nolan.

Chris Bracey set up this gallery in Ravenswood Industrial Estate, Shernhall Street. He passed away in 2014 but his family have carried on, both with the gallery and in the neon sign business.

God’s Own Junkyard is free to enter and visit but it’s funded by sales – walking away with a sign is expensive! 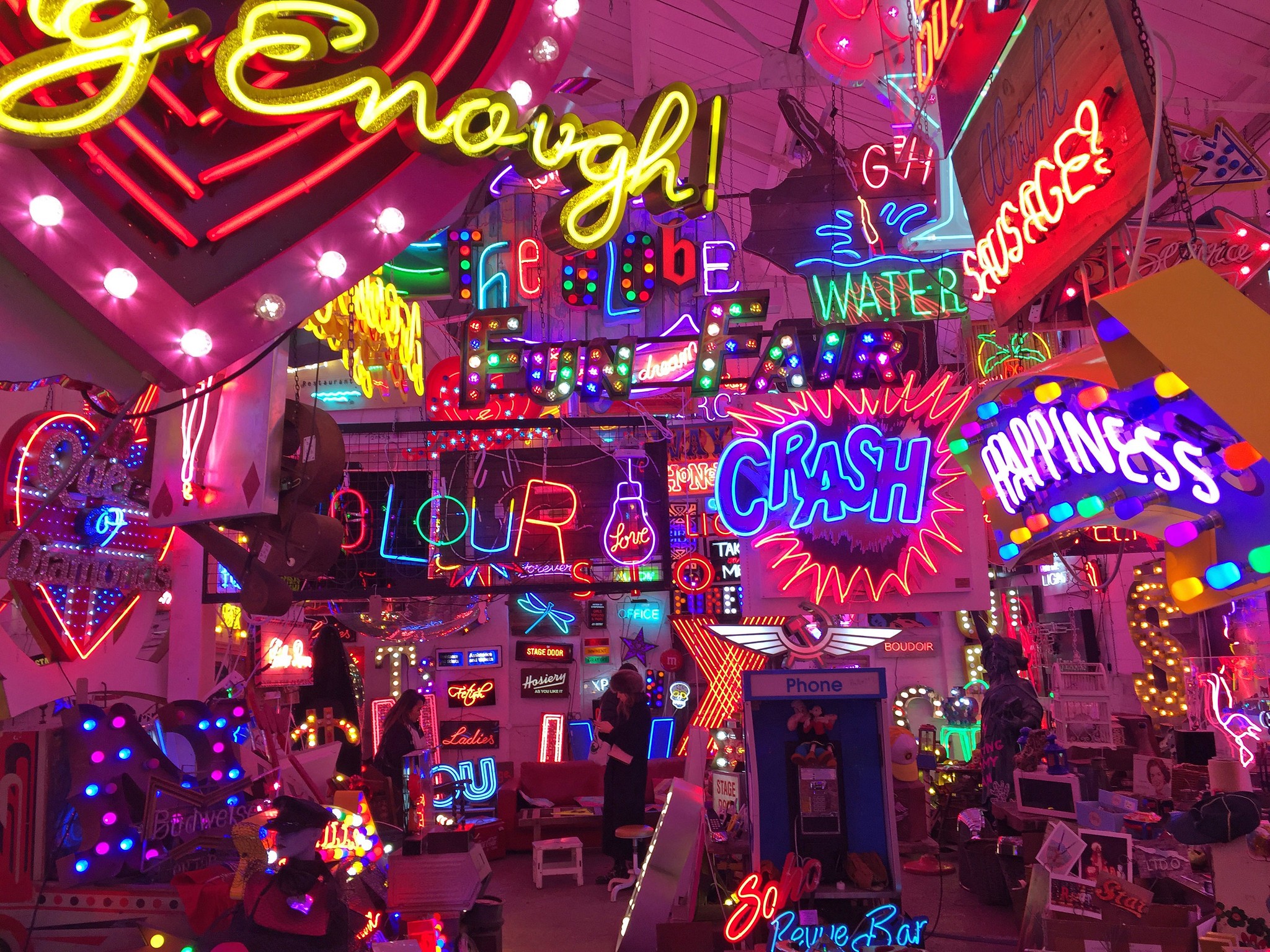