Lewis Raphael was a dairy farmer with a mansion and estate at Bush Hill Park, Edmonton. He was one member of a rich Roman Catholic family of Armenian descent.

In 1843 Raphael signed an agreement with a builder called Edward Nangle who laid out a new road called Raphael Street from Lancelot Place to Knightsbridge Green, where it curved southwards to avoid Durs Egg’s former house.

Nangle’s building operations in Raphael Street began in 1844, with the conversion and enlargement of the old house as the Pakenham Tavern, and the erection of terraced houses along the north side of the road. Nangle became the first landlord of The Pakenham in 1848 when the pub was leased to the brewers Elliot & Watney of Pimlico.

The north side of Raphael Street was completed by 1847. Due to an economic downturn, the south side of the street was delayed with Nangle being pursued in court for debt.

A row of five shops was built in 1852 on the plots opposite the Pakenham, the work of a Kensington builder, Francis J. Attfield. Another builder, George Day of New Kent Road, was responsible for the remainder of the south side of the street, built up in 1854–5.

On the corner of Lancelot Place, numbers 19 and 20 were later knocked together to form the Royal Oak public house.

From the beginning the houses of Raphael Street were in multi-occupancy, the tenants including many grooms and coachmen, as well as soldiers, clerks and domestic servants.

The Pakenham Tavern hosted ’Free and Easy’ musical evenings which led to disturbances and fights. Householders complained that ‘respectable early rising workpeople’ were giving up their lodgings because of the noise.

By the twentieth century, many of the houses were overcrowded and dilapidated, attracting the attention of Westminster City Council. Although the Pakenham and the Raphael Street houses survived the Second World War largely intact, they were pulled down in 1956–7 for office development. 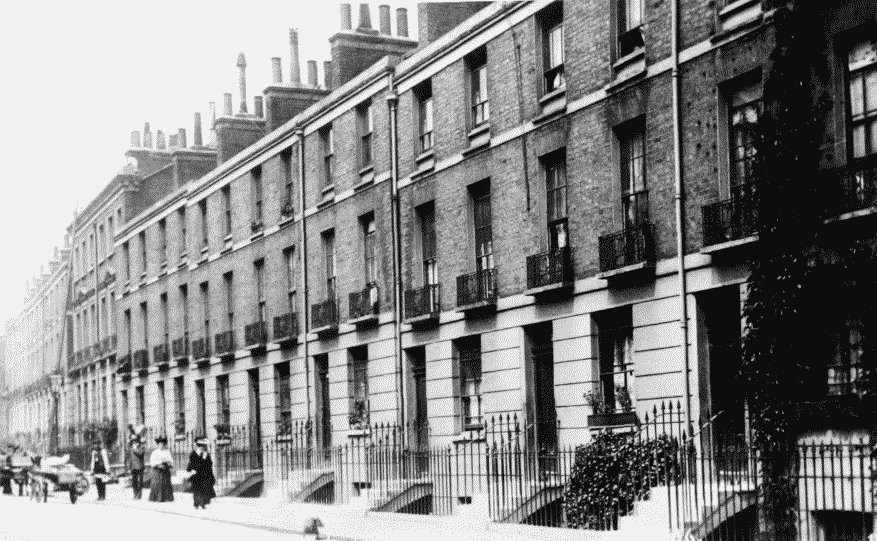