Before the turn of the nineteenth century, the area was largely covered in pasture meadows. Through these fields ran the River Westbourne (sometimes called Bays Water).

The opening of the Paddington Branch of the Grand Union (Grand Junction) Canal in 1801 led to the first villas being built on Hill House Fields, the highest part of Paddington. But even in the 1820s, apart from a row of houses at Orme’s Green on the Harrow Road, the area remained open countryside.

In the late 1850s the River Westbourne was culverted which allowed building to spread northward from Westbourne Green during the 1860s.

By 1869 there were houses along much of Chippenham Road and at the west end of Elgin Road, where St Peter’s church had been allotted a site, and the west ends of Marylands Road and Sutherland Gardens.

All three roads led towards Shirland Road, which approximately followed the line of the Bayswater or Westbourne stream. There were houses on the west side of Shirland Road, at the south end, by 1870.

The building of St Peter’s Park was a risky enterprise neccesitating the construction of sewers as well as a bridge over the canal (Carlton Bridge). A quarter of the builders of the estate failed between 1870 and 1872. Building activity revived in the mid 1870s and the Walterton estate was completed in 1885.

34 more houses were planned in 1881 in Shirland Road, between Elgin Road and Kilburn Park Road, where the eight most northerly ones could be built as shops.

The area enclosed by Shirland Road, Kilburn Park Road, Portsdown Road and Sutherland Avenue was still empty in 1886, allowing a 26 acre site to be saved for public use as Paddington Recreation Ground.

Subletting of houses led to deterioration throughout the area by the 1890s, although there was little real hardship. In 1901 the area was assigned to the new Metropolitan Borough of Paddington. Between 1918 and 1939 the name St Peter’s Park fell into disuse.

After the Second World War, parts of the area were cleared for municipal housing. In 1953 the London County Council bought the Walterton estate from the Church Commissioners. The LCC inherited an overcrowded estate where many homes lacked basic amenities.

During the 1960s the Greater London Council built tower blocks and low rise blocks on the Elgin Estate. In the early 1970s the sheer volume of derelict homes gave rise to the high profile Elgin Avenue squatting campaign, involving such figures as housing campaigner Piers Corbyn and Joe Strummer of the Clash.

In 1980 ownership of the area transferred from the GLC to Westminster City Council. In 1985 WCC decided to sell off the estates to private developers.

Residents responded by forming the Walterton and Elgin Action Group (WECH), organising protests, petitions and their own plan to save the homes of local people in need of rented housing. By the middle of 1988 one third of Walterton Estate homes were empty – Hermes Point and Chantry Point were heavily squatted.

In 1992 residents took over ownership and control of 921 homes. After negotiating funding from WCC, WECH rebuilt and refurbished properties that had suffered years of neglect. Two tower blocks were demolished and replaced with low rise homes. 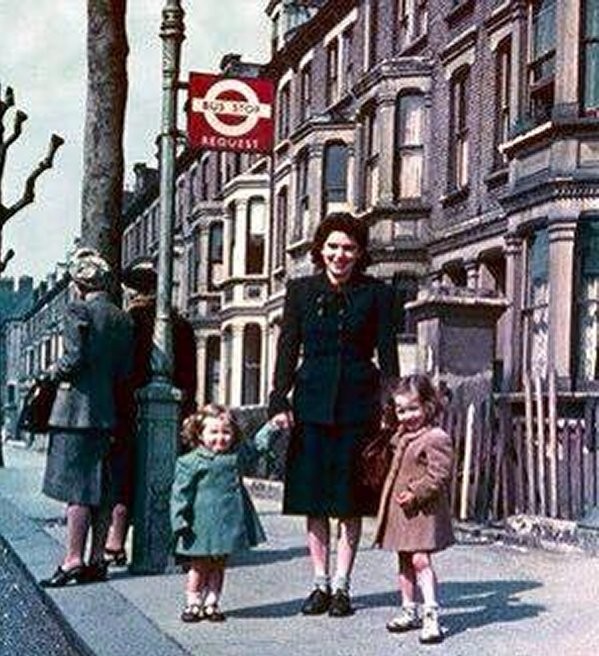