Parts of St Anne’s Court can be dated back to the late seventeenth century. The eastern part was originally built in c. 1690 and the western end was built on the Pulteney estate. A plan of the south side is included in the Portland estate plan, made around 1792.

The buildings fronting the narrow western end have been rebuilt at various times, but several original houses survive in the eastern end.

Sites in St Anne’s Court included the model lodgings designed by William Burges between 1864 and 1866 for the banker and philanthropist Lackland Mackintosh Rate. This resulted in a series of thirty lodging rooms ’to be let to artisans’. The building was subsequently demolished.

Sites also include Trident Studios at number 17 and the 1970s science fiction bookshop Dark They Were, and Golden-Eyed. In the 1980s, a basement in St Anne’s Court was home to Shades Records, a store specialising in Death Metal and Thrash Metal. As the only such store in the country, it played a particularly important role in the growth of those music genres in the UK. 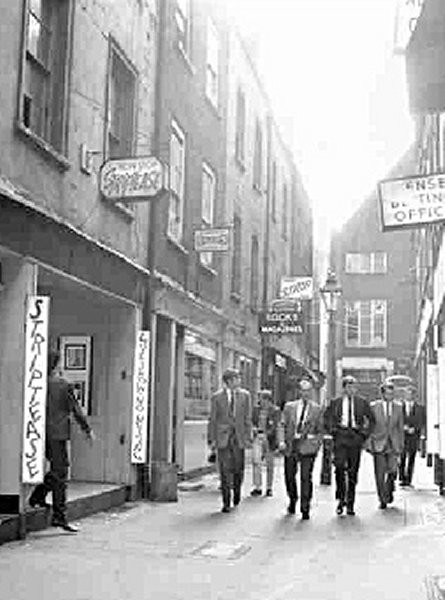