London – South of the Thames: Preface

The London Encyclopaedia is probably THE definitive guide to the most interesting areas and people of London.

We have provided a link direct to Amazon should you wish to buy it.

As it says in the sleeve notes: “The London Encyclopaedia is the most comprehensive book on London ever published. In its first new edition in over ten years, completely revised and updated, it comprises some 6,000 entries, organised alphabetically, cross-referenced and supported by two large indexes – one for the 10,000 people mentioned in the text and one general – and is illustrated with over 500 drawings, prints and photographs. Everything of relevance to the history, culture, commerce and government of the capital is documented in this phenomenal book. From the very first settlements through to the skyline of today, The London Encyclopaedia comprehends all that is London.” 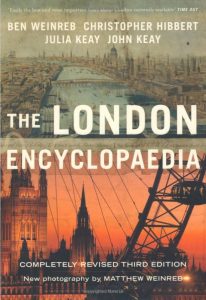