It was situated beside Union Stairs and had the grim task assigned to it of briefly hosting prisoners on their journey to Execution Dock. They would be allowed one quart of ale before departure.

Its address was 30 Wapping High Street (at number 326 on the same street before Victorian renumbering).

Its rather un-PC name derives from many such names coined during the Crusades. Any pub called ‘The Turk’s Head’ or ‘The Saracen’s Head’ is a reference to that period.

It had a dining room by 1940 but the pub was destroyed in the Blitz. 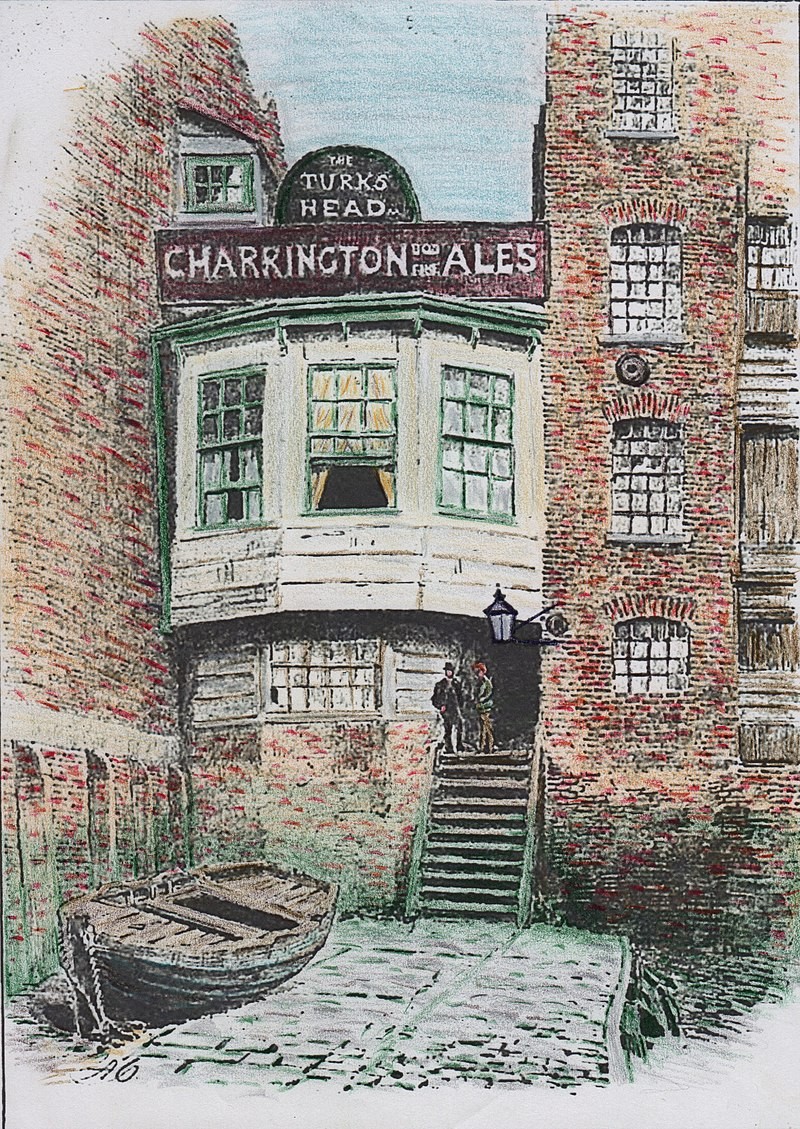