Walker’s Court links Berwick Street with Rupert Street in the heart of Soho.

The area was built in the early eighteenth century. Building leases were granted in the area to a number of tradesmen in 1719 and 1720, one of whom was a bricklayer – John Walker of St. Martin’s. Once simply topped with earth over potholes, the arrival of solid flag stones got it called ’Paved Alley’.

A notable feature of Walker’s Court is that it housed one of the few council licensed sex establishments in London, going under the name of Raymond’s Review Bar. This became somewhat tamer as the year’s went by even hosting the Comedy Store for a while. It closed in 2004.

On either side of Walker’s Court there are a variety of shops including a notable book shop on the corner of Brewer Street.

Berwick Market is in full swing Monday to Saturday until 5pm and is at its busiest around lunchtime.

When the stall holders have gone home and the gutters are cleared of bruised apples and cabbage leaves, the area is transformed into one of Soho’s evening delights – restaurants of many nationalities and entertainment to suit a variety of requirements. 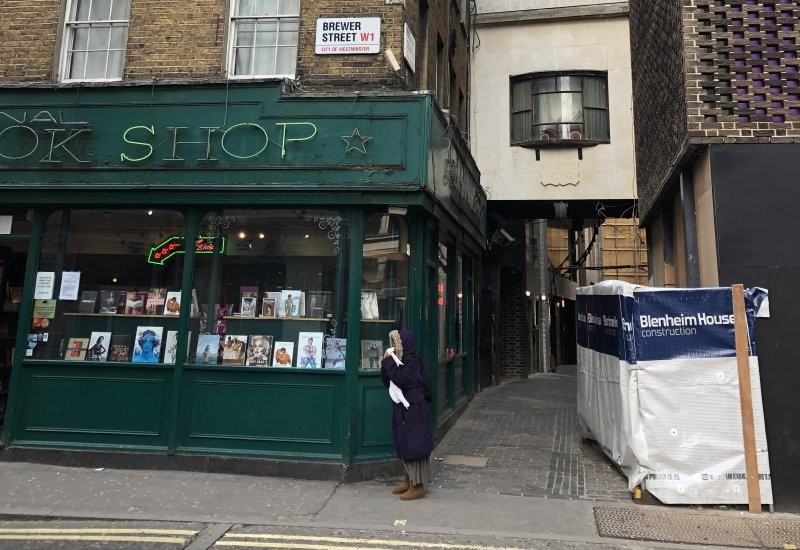